I took a little ride down memory lane with the family this past weekend.  We set the time machine to 1987 and stepped back to childhood memories at the Wildlife World Zoo in Phoenix.  In many ways the zoo hasn't change and in others it is a completely different place. 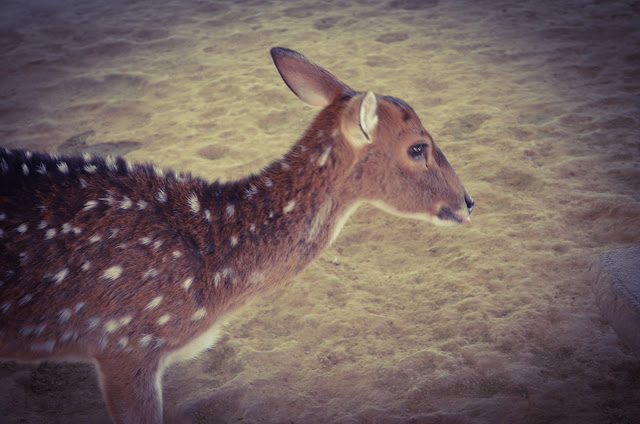 There were still the dirt lined walkways, areas with the old chain link enclosures, and the old petting zoo.  But new was all around and being created.  The aquarium is where we spent most of our time.  We were all in amazement at the unique creatures it housed.  From huge snapping turtles to albino alligators there was a lot of new and unusual creatures to see.
Aiden was a little weary of the deer at first.  I think he was shocked he was able to pet them.  He's used to run of the mill petting zoos with sheep and goats. 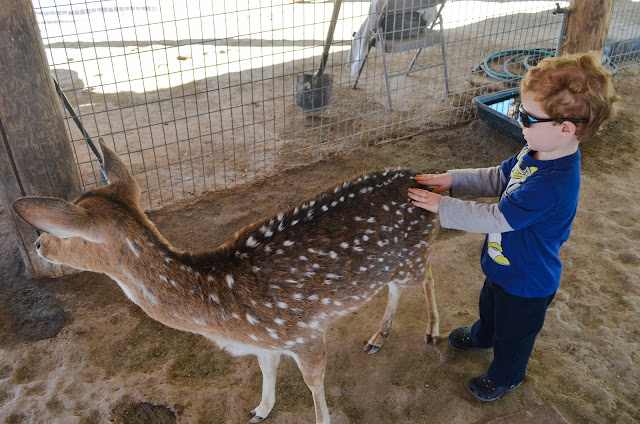 One of my favorite exhibits had to be the train.  When was the last time you were able to ride alongside Oryx and Ostrich?  Or have a Crane race next to you on the tracks. 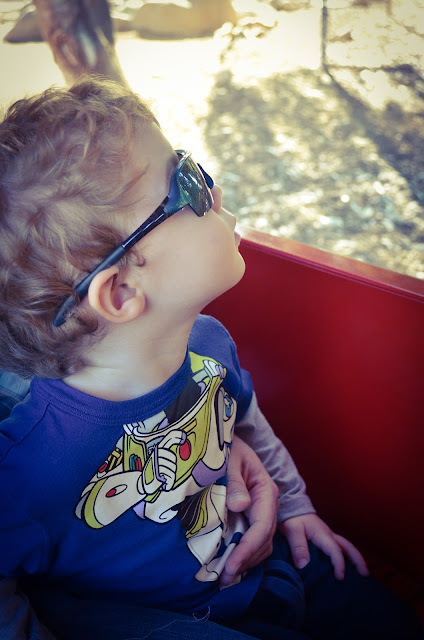 One of the last exhibits we stopped to see was the Kangroo walk about; I thought the name was a joke.  Who would have thought in America you could walk in an open enclosure with Kangaroo.  You step through a tiny gate and into Australia amongst the Red Kangaroo.  They were quite inactive that day. Lounging under trees, nibbling on grass.  It is surely a memory I will cherish. 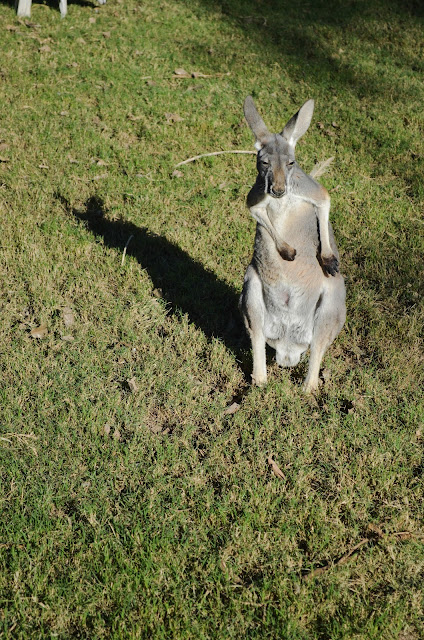 With the addition of the Aquarium and other new exhibits the zoo is quite large.  We anticipated needing only a couple hours and soon found out it would not be enough.  We only made it through the aquarium and about a 1/3 of the zoo before it was time to go.  This is definitely something that can fill a day.
There is something for everyone too.  Rides and interactions are scattered throughout the zoo, but the rides are like none other.  Go on a flume ride and be greeted by monkey island.  Coast through a tropical aquarium.  Soar over enclosures on the sky ride and ride amongst wildlife on the boat and train ride.
Leave a Comment
submit a review Join our blog team
More Reviews of Wildlife World Zoo & Aquarium

Proud Member of The US Family Guide Network